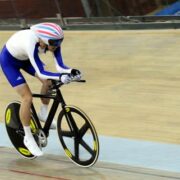 ​At the age of 41 years old I competed at   the 2008 Beijing Paralympic Games, where I became part of the the most successful Great Britain Cycling Team winning two Gold Medals on the track and a Silver Medal in the Time Trial, and to top of a successful Games, and I broke two World Records.

Later on that year I was awarded an MBE by the Queen.

In 2001 I was struck from behind by a car doing 60 mph whilst out training, the accident shattered my leg and broke my back in 2 places. After a four year recovery, with a ratchet support system fitted to my spine and a left leg which no longer functioned, I used my love for cycling to rebuild my body.

In 2008 I became part of the now legendary success of the Great Britain cycling team. I won two Gold Medals and a Silver Medal at the Beijing Paralympics and broke 2 World Records.

Later that year I was awarded an MBE by the Queen.

In August 2011, I suffered an almost copycat collision when a drunk driver collided with me at 11am in the morning on the A48 between Cowbridge and Bridgend, not far from my home in Porthcawl. After being airlifted to hospital in a critical condition, I was diagnosed with a collapsed lung, a broken pelvis and a broken back in two places. Doctors said I would never ride again.

Now on my second major recovery and determined to get back in the saddle, I have become an inspiration to many due to my strong mental attitude in the face of endeavour.

Nine years on from my last accident, I am back in training and looking on getting back into racing in the near future with the help and support of my fans and sponsors.

2020 started full riding again to try and get to a race level. I talked to British Cycling and they are interested in me again even being a bit old but they said age does not matter as long as you are fast.
Goals for 2021
Disabled national track events
Disabled national TT and RR
Disabled national TT series 6 events. I have won it 3 years in a row before 2011
Disabled road events
Disabled Europe cup events i would love the chance to go to Tokyo Paralympics if it is on
Able body RR and TT when ever I can fit them in
This all depend on what support I can get from sponsors. I now have elite athletes status so I can race in Europe during virus.
Main Sponsors
Torq energy products
Velo tours Spain
NDRSPORTS glasses
haftnerbouclier
Hunt wheels for training only
Zwift
Wahoo fitness
Speedplay pedals
Specialized helmets
Proviz reflective clothing
Pulseroll
Selle italia
Spirit racing team 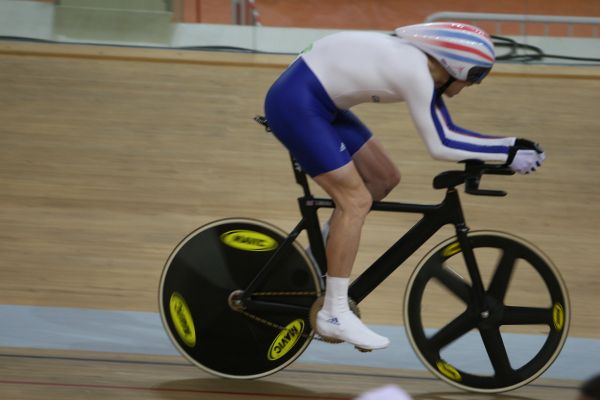 Ambassador for the Welsh Air ambulance

MBE by the Queen. 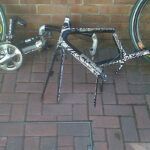 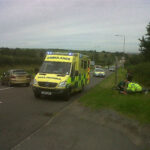 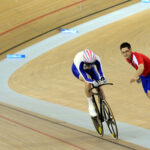 LIFE NEED NOT HAVE LIMITS